Stories about enormous waves, immense walls of water that could easily break a ship, were often told by mariners. These stories were hard to check as there were not many first-hand survivors of such an encounter. As a result, ships lost at sea were often attributed to sloppy maintenance, corrosion, bad seamanship etcetera.

In December 1978 MS München, a state-of-the-art 260m long LASH carrier of Hapag Lloyd was lost at sea with all onboard. Despite an 8-day long search with up to 110 ships and 16 airplanes, only few bits and pieces were recovered. The most probable cause was that the München encountered an enormous (24-30m high) wave that smashed the windows of the superstructure thereby rendering the vessel without control and steering, resting helplessly broadside to the waves.

The challenge is that current wave model theory is unable to explain such enormous waves. Previously, we discussed significant wave height (SWH), the highest 1/3 of the waves. In this linear model, the maximum wave height is 1.9 x SWH. In a severe gale (9Bft, 41-47kts) the SWH=7m and the maximum wave height is 13.3m. According to this model, waves of 25-30m happen only once every 10.000 – 30.000 years. Ship design is not based on this low probability….

More sophisticated measuring possibilities finally proved the existence of these enormous waves. An oilrig on the North Sea measured a wave of 25.6m (Draupner platform, 1 Jan 1995), with a significant wave height of 10.8m. In Rockall, a scientific vessel measured a wave of 29.1m, while the theoretical max wave height was 18.5m. These rogue waves are also more frequent then previously thought. Three weeks satellite measurement in a limited area of the South Atlantic produced 10(!) waves higher than 25m.

There is no clear scientific understanding of these rogue waves. A possible explanation is that at higher wind strength waves can become ‘unstable’ and one wave in a group might grow rapidly at the expense of others, so called non-linear focussing of energy. Another theory focusses on the different form of real-world waves versus the theoretical (symmetrical) form. When waves with a sharp crest and more rounded trough interfere, this results in a higher combined wave. Rogue waves have a different character, higher, steeper and often coming from an offset direction. These waves are a short-lived phenomenon, it is estimated that at any given moment 10 rogue waves exist in the world oceans.

Some of these rogue waves can be explained by wind-against-current effects (for example in the Algulhas current of South Africa where many ships were lost), and those areas can be avoided in high winds. Others occurred in areas without any significant current.

Rogue waves do exist. If we can understand their formation, the next step is predicting their occurrence. At this moment the best prediction technique is looking out the windows of the bridge! In the mean time we’d better take these monstrous waves into account when designing ships. 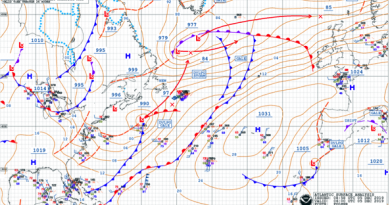 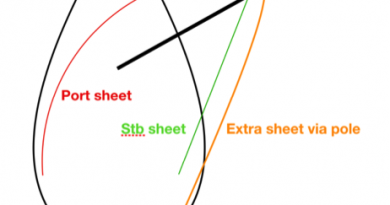 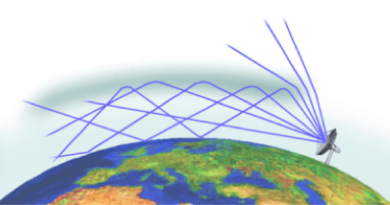