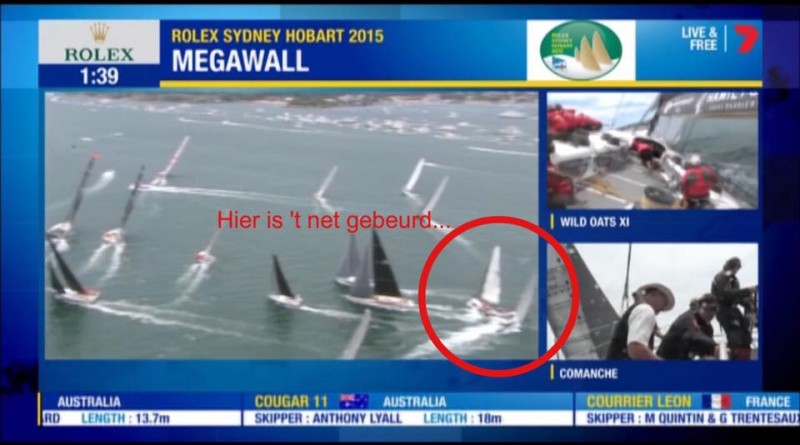 10 ON OPPOSITE TACKS
When boats are on opposite tacks, a port-tack boat shall keep clear of a starboard-tack boat.
11 ON THE SAME TACK, OVERLAPPED
When boats are on the same tack and overlapped, a windward boat shall keep clear of a leeward boat.
19 ROOM TO PASS AN OBSTRUCTION
19.1 When Rule 19 Applies
Rule 19 applies between boats at an obstruction except when it is also a mark the boats are required to leave on the same side. However, at a continuing obstruction, rule 19 always applies and rule 18 does not.
19.2 Giving Room at an Obstruction
(a) A right-of-way boat may choose to pass an obstruction on either side.
(b) When boats are overlapped, the outside boat shall give the inside boat room between her and the obstruction, unless she has been unable to do so from the time the overlap began.
(c) While boats are passing a continuing obstruction, if a boat that was clear astern and required to keep clear becomes overlapped between the other boat and the obstruction and, at the moment the overlap begins, there is not room for her to pass between them, she is not entitled to room under rule 19.2(b). While the boats remain overlapped, she shall keep clear and rules 10 and 11 do not apply.
20. ALTERNATIVE PENALTIES
(Amends RRS 44, 63.1 and 64)
20.1 Before Clearing Turning Marks Z and Y.
(a) For an infringement of Part 2 of the RRS that occurs after the Preparatory Signal and prior to the boat clearing the relevant seamark (Mark Z/ Mark Y), the Two Turns Penalty under RRS 44.2 shall apply.
(b) A boat which is found after a protest hearing to have infringed a rule of Part 2 of the RRS after the Preparatory Signal and prior to the boat clearing the relevant seamark (Mark Z/ Mark Y), shall receive a time penalty of not less than 5 minutes added to the boat’s elapsed time.
(c) A boat that is found to be on course side at it´s starting signal and fails to return and start shall receive a scoring penalty of 30%.
(d) A boat that complies with SI 20.1(a) shall, in addition to completing the Declaration as required under SI 26, notify “JBW” when reporting its position at the first scheduled Radio Position Report (1905 hours on 26 December 2015).
@SaskiaPoelman 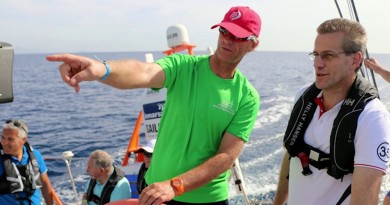